The Convocation ceremonies took place on May 8-9, 2022 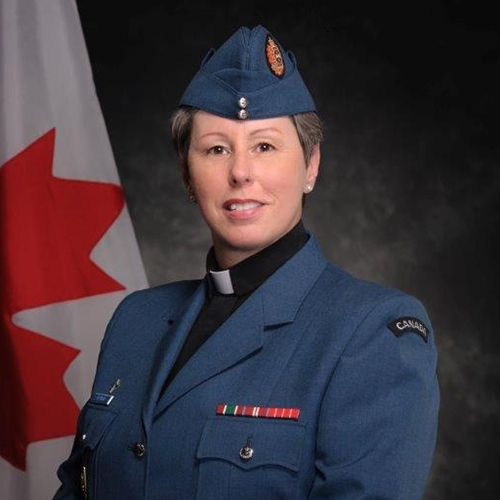 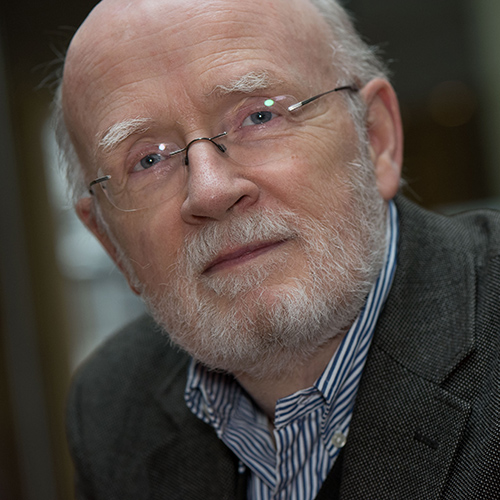 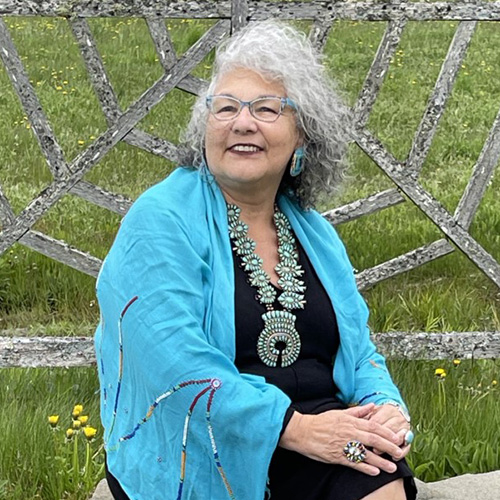 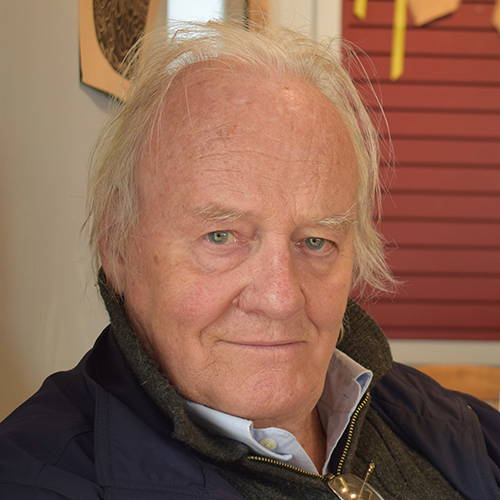 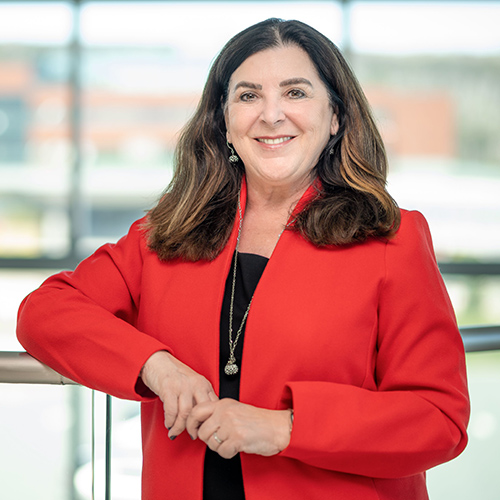 Customize your Convocation experience with backgrounds, GIPHY stickers, a Facebook frame and more! A digital celebration toolkit will soon be released. Follow along and share your celebration online using the hashtag #AcadiaUGrad2021

Get your swag on

Shop for Acadia gifts and memorabilia at the University Bookstore online. Take a piece of Acadia wherever you go and show the world your Acadia pride.

The beauty of a home Convocation means you can wear whatever you like. You even have the option of wearing the traditional regalia of a hood and gown for your celebration and photos. You can rent a gown and hood from Gaspard.

Invite your classmates, friends, and family to a virtual watch party so you can share your Convocation experience! Consider hosting them on Teams using your Acadia account, or enjoy a small in-person celebration with your close-contact bubble! Post your party on social media using #AcadiaUGrad2021 so we can join in the fun, too!

Our gift to our 2020 and 2021 grads is free shipping (Canada and USA) on all frame orders for a limited time! Check out the various styles available to frame your parchment. We want you to remember your achievements and display your Acadia credentials with pride.

Your connection to Acadia University does not end with graduation. As a lifelong member of the Acadia Alumni, you are part of an amazing network of Acadia graduates. You also have access to benefits through that membership. We are excited to introduce you to our incredible alumni and keep you updated on events and opportunities. #StandUpandCheer

Address to the Graduating Class

Awarding of Degrees, Diplomas, Certificates, and Awards to Graduates

Everyone please join in singing the Alma Mater.

Far above the dykes of Fundy,
And its basin blue,
Stands our noble Alma Mater
Glorious to view.

Far above the busy highway,
And the bustling town,
Reared against the arch of heaven,
Looks she proudly down.

Chorus
Lift the Chorus, speed it onward,
Sing it loud and free!
Hail to thee, our Alma Mater,
Acadia, hail to thee!

Acadia’s records show that the lyrics to the Alma Mater song were originally written by L.D. Cox, Class of 1903, and they have been updated periodically to reflect our times. The most recent change – in 2018 – reflects the year-round activity in downtown Wolfville.

George Wilbert Cox Cup and Medal
Through the generosity of George Wilbert Cox (B.A. Acadia, 1880; B.A. Harvard, 1895), an endowment has been received to provide a permanent annual award of a solid silver cup suitably engraved to be presented on conditions set forth by the donor to the male student in each college year who has made the most outstanding record in intercollegiate athletics, other extracurricular activities and scholarship.
Recker, Anderson W.
Stillwater Lake, NS

Hayley Medal and Prize
The Haley Medal and Prize are awarded at Spring Convocation in conjunction with a trophy to the female graduating student who has made the most outstanding contribution to varsity athletics, other extracurricular activities and scholarship. The medal and trophy were donated in 1990 by the Haley family to honour Jean Ingraham Haley, Acadia '37, and the four generations of Haley men and women who have contributed greatly to athletics at Acadia. In recognition of generous gifts from Peter (’67) and Luci Haley in 2015, and from David (’64) and Ellen Haley in 2017, a cash prize was added and is awarded annually to the recipient of the Haley Medal.
Merilainen, Emilie
Ottawa, ON

Acadia University Bronze Medals are awarded at each Spring Convocation to those graduating students who have the highest average in a major or discipline, provided that they have a minimum "A" average in their major and a minimum average of "B" on the courses presented for their degree.

Bishop Silver Medal
The Bishop Silver Medal is awarded annually at Spring Convocation to the graduating student from the Faculty of Professional Studies whose standing is closest to that of the Governor General's medalist. The medal was established in 1983 in recognition of the many contributions made by the Bishop family to Acadia and especially in memory of Marianne Bishop Brotz (1946-1982).
Ward, Bronson
Coldbrook, NS

Chipman Silver Medal
The Chipman Silver Medal is awarded annually at Spring Convocation to the graduating student from the Faculty of Pure and Applied Science whose overall average is closest to that of the Governor‑General's medalist. The medal was established in 1986 in recognition of the many contributions made by the Chipman family to Acadia and especially to honour the memory of Richard Leverett DeVeber Chipman (B.A. Acadia, 1903; M.A., 1904; M.D.C.M. McGill, 1908).
Whynot, Shanyn Ebonie
Liverpool, NS

Hayward Silver Medal
The Hayward Silver Medal is awarded at Spring Convocation each year to the graduating student from the Faculty of Arts whose standing is closest to that of the Governor General's medalist. The medal was established in recognition of the many contributions of the Hayward family to Acadia and especially in memory of Constance Hayward (1906-1982). The medal is provided by the Associated Alumni of Acadia University and was first awarded in May 1983.
Fisk, Hannah Elise
Lower Wolfville, NS

University Silver Medal in Theology
The Acadia University Silver Medal in Theology is awarded to the top all-around Master of Divinity or Master of Arts (Theology) graduating student at Acadia Divinity College. Primary consideration will be given to students who have achieved a minimum CGPA of 3.6, with at least 75% of their degree requirements having been completed at Acadia. In addition to meeting the academic criteria, students will demonstrate spiritual maturity, an interest in the life of the College, and meaningful contribution to the ministry and life of the Church. This award is made annually at Spring Convocation by the University at the recommendation of the Faculty of Theology.
Darby, Charity
Burin, NL

Dr. A.H. MacLean Prize in History
The Dr. A. H. MacLean Prize in History is annually awarded on nomination by the Head of the History Department to the graduating honours student who has submitted the best Honours thesis. The prize honours the memory of Dr. A. Harry MacLean who was Head of the History Department from 1960 to 1980 and Dean of Arts from 1966 to 1975.
Millett, Lauren
Canning, NS

Dr. Zelda Abramson Award
An annual award given to a fourth-year honours sociology student who is selected by sociology faculty, as demonstrating characteristics central to Dr Abramson's academic and personal philosophy. This includes actively contributing to the Acadia community, the Wolfville community, and the broader sociology community through advocacy and/or academics. In particular, contributing in the areas of feminism, women and gender studies, applied research, and/or archival research.
Vuni, Yayo
Halifax, NS

Frederic H. Sexton Scholarship in Engineering
An endowed scholarship has been established in memory of Frederic H. Sexton, C.B.E., founder and for forty years President of the Nova Scotia Technical College. It will be awarded to the final-year engineering student with the highest record in the course at Acadia and who commences full-time studies at Dalhousie University’s Faculty of Engineering.
Jollymore, Isabelle
Blandford, NS

Grace Dean MacLeod Rogers Prize
The Grace Dean McLeod Rogers Prize, provided by a bequest made by the late Grace Dean McLeod Rogers (Hon. M.A., '11; D.Litt., '55) as a tribute to Presidents A. W. Sawyer, Thomas Trotter, G. B. Cutten and F. W. Patterson, is awarded annually to the young woman of the graduating class whose standing is closest to that of the winner of the Governor General's Medal. This award has been augmented by the Canadian Federation of University Women Wolfville.
Lavalee, Sarah Shirley
West Vancouver, BC